Whilst on your Ski or Snowboard holiday with in Morzine you may choose venture out to the local bars after and sample the Morzine Apres Ski. Morzine has a great selection of off the slope apres venues to exchange tales of the day over a drink or two… or three! On the whole apres ski in Morzine is resort-based, and it is almost as important as the skiing itself. Le Dixie Bar on Rue du Bourg is popular and Coyote Bar with pool tables, games, live rugby and football on the big screens and usually has live music for early evening apres-ski entertainment. Classier is Tibetan, where you can also buy the Asian furniture if you like it. For an apres ski knees-up you can try and get in at Crépu. It’s small, busy, full of Dutch and Swedes and there’s a risk that you might not get round to taking off your boots until bedtime.

Tremplin apres-ski Bar in Morzine, FranceLe Rhodos is for more chilled out après ski with relaxing music, free newspapers and comfy sofas. Cheap, strong beer pulls in the crowds early on to the Bar Robinson; another popular venue with the English. Beanies is a lovely cafe with internet access and the best hot chocolate with marshmellows in Morzine! A more French alternative to the apres-ski can be found in La Théière du Berger with its beautiful selection of warm teas and hand-made cakes.

If you want to carry on your night and are sure you can wake up for the following days ski then there is Le Cavern Bar which is open late and draws the crowds or Opera nightclub that is open untill the small hours.

The resort is lovely French village and will certainly provide some special moments and memories to take home with you. All in all Morzine has something to offer everybody, we look forward to welcoming you! 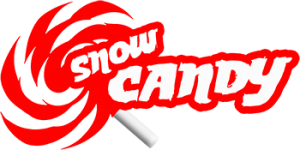